The Big Picture: A guide for implementing HIV prevention that empowers women and girls

From 2006 to 2010 STOP AIDS NOW! supported an innovative project in Kenya and Indonesia which gave equal weight to HIV prevention, gender equity and human rights. At the end of the project they asked me to set out the theory and practice of their partners’ efforts in a ‘how to’ guide. This is the result, which I co-authored with the project’s manager, Jennifer Bushee.

This guide will be particularly interesting for people working at community level who want to address the structural factors behind the vulnerability of women and girls to HIV.

This guide provides ‘how-to’ information for developing a ‘transformative approach’ to HIV prevention for women and girls. Such an approach addresses key root causes of vulnerability to HIV and seeks to reshape the beliefs, attitudes and behaviours of individuals and communities in favour of women and girls and gender equality. It also aims to empower women and girls to protect themselves from HIV infection and from the negative impact of living with HIV.

It sets out the rationale for working on HIV prevention using a transformative approach. It also shares experiences and promising practices from the Gender Development Project. It then provides 5 steps based on these for developing HIV prevention work aimed at reducing the HIV risk of women and girl through promotion of gender equality and women’s rights.

This guide will be particularly interesting for people working at community level who want to address the structural factors behind the vulnerability of women and girls to HIV.

We note that the advice in this guide is not fixed and definite; please read it as providing suggestions based on the experiences of the partners in the Gender Development Project. The advice should be adapted to fit local needs and the relevant social, political and cultural context.

We also note that this guide is not comprehensive and is not written to support the development of a whole project cycle. It gives guidance about how to think from a ‘gender transformative’ perspective, but it does not, for example, give step-by-step instructions for doing a needs assessment.

Finally, we note that this guide encourages readers to think differently about how to respond to HIV, using a holistic perspective, the so-called ‘big picture’. This approach gives you wider scope for doing HIV prevention work. It allows you to integrate HIV prevention in other work on gender and rights. It also allows you to respond more closely to the felt needs of girls and women. Crucially, the ‘big picture’ approach, over time, allows you to work in a ‘transformative’ way. This means it helps supports people to transform or change gender relations in ways that are beneficial to all, including—but by no means limited to—by reducing vulnerability to HIV transmission. 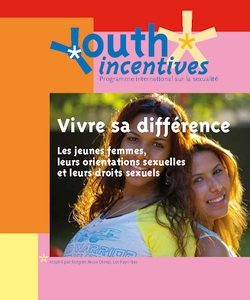 (French translation of the publication A Different Way.)

Oxfam Novib has been one of few organisations in the world investing in allowing the female condom to serve its purpose. I was fortunate to have the job of researching and writing this briefing paper for them.

They and the World Population Fund used it in their advocacy push at the 2008 International AIDS Conference. Find out more about their Universal Access to Female Condoms campaign here.

2008 marks 15 years since the female condom was invented, and, disgracefully, 15 years of failing to make them accessible to the women who need them. Despite the absence of any other female-initated form of protection, and unprecedented rises in funding for the response to HIV, female condoms remain inaccessible, and their contribution remains untapped.

The urgent need for access to female condoms is evident in the feminisation of the HIV pandemic, the large unmet need for contraception, and the pitiful progress towards meeting Millennium Development Goals 5 and 6 on maternal health and halting and reversing the spread of HIV.

Why provide female condoms, when male condoms are readily available, much cheaper, and provide a comparable level of protection?

Studies have repeatedly shown high levels of acceptability for female condoms. Some users prefer them over male condoms, as they offer more flexibility regarding the timing of putting them on and taking them off, and have a more natural feel. However, many donors and policy-makers remain sceptical that sufficient demand for them exists. Yet examination of femalecondom projects reveals significant demand, even though it is often deliberately suppressed and unintentionally undermined by stigmatisation and running out of stock. What is perceived as an issue of demand is actually one of supply. Expanding access to female condoms is held up not at the users’ end, but at the start of the chain: how much money donors and governments are willing to invest in buying female condoms, supporting female-condom programmes, and developing low-cost female condoms.

What is behind the failure to act comprehensively to create access to female condoms? Responses from donors and policy-makers to the female condom mirror the common reasons for not using a male condom: responses formed by ignorance, culture, denial, ‘poverty’, and conservatism. Added to this are overarching errors of a lack of leadership, a huge funding bias against existing forms of primary HIV prevention, failure to scale up programming, and failure to invest in strategies to lower the cost of female condoms.

Of course, some efforts have been been made in the past 15 years, which have accelerated since the launch of the United Nations Population Fund’s (UNFPA) global Female Condom Initiative in 2005. The rapid expansion of sales and free distribution in the few countries at the forefront of female condom programming demonstrates the massive unmet demand for female condoms. But there is so much more to be done. Worldwide, in 2007, roughly 423 male condoms were produced for just one female condom. Female condoms currently have a unit cost about 18 times higher than male condoms.

The levels of investment and programming needed to increase the choice of available female condoms, to lower prices and to expand production are highly feasible. Through collaborative action, donors, governments, civil society organisations and the private sector can begin the progress of achieving universal access to female condoms. Female condoms exist now, and concerted efforts to make them accessible must begin now.